The CO2 chokehold: Can we clear the sky in coal country?

Tons of CO2, dangerous dust, sulphur and oxychloride emissions are set be cut every year thanks to a new power plant in north-east China being fitted with state-of-the-art Alfa Laval technology.

Situated deep in China's coal country, the provincial capital of Taiyuan has been dubbed 'The City of Haze' due to its high level of air pollution. Steel and coal-power plants dot the city's outskirts, and residents light coal-fired boilers each winter to ward off the often frigid northern Chinese winter. 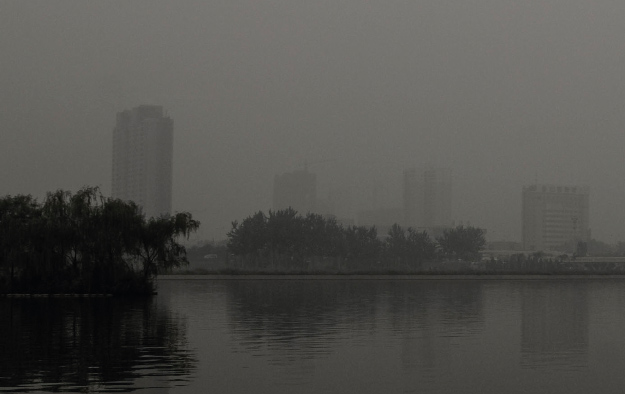 But now the city of Taiyuan is trying to clean up its air.

In a major move to reduce air particulates, the power supplier Taiyuan Heating Power Company has partnered with Alfa Laval to make improvements to the Taiyuan Taigu Central Heating Project, one of the world's largest central heating facilities. To improve efficiency of the plant and reduce emissions, 90 large-scale Alfa Laval plate heat exchangers will be installed.

Alfa Laval was chosen as a technology supplier to the project in large part for its heat exchangers' high efficiency, despite the demanding operational environment, with high temperatures and high pressure. The technology must perform well despite narrow temperature differences and maintain a high Number of Transfer Units (NTUs), ensuring high energy efficiency and optimized investment returns.

The installation is just one of a myriad of projects now underway in China to reduce air pollution in the country after decades of coal-fueled economic growth. This year, the city of Taiyuan is replacing coal-burning household heating equipment with electric and natural gas heaters and has acted to control exhaust and dust from cars and trucks.

So, what will the effect of the Taiyuan central heating project be? Alfa Laval's plate heat exchangers are set to reduce carbon dioxide emissions in Taiyuan by about 2,5 million tonnes, cut sulphur dioxide by app. 4000 tonnes, oxychloride by 1000 tonnes and reduce dust emissions by 2000 tonnes. The reduction in pollutants is aimed at turning Taiyuan into a greener, more liveable city.

Several decades of economic growth have led to high pollution levels in many Chinese cities.

In 2014, the Chinese government declared a war on pollution and has taken tougher action on polluting business.

In 2017, China saw a 23% jump in its environmental protection and energy efficiency budget, bringing it to $3,7bn. More than half of the budget is earmarked the projects to improve quality.